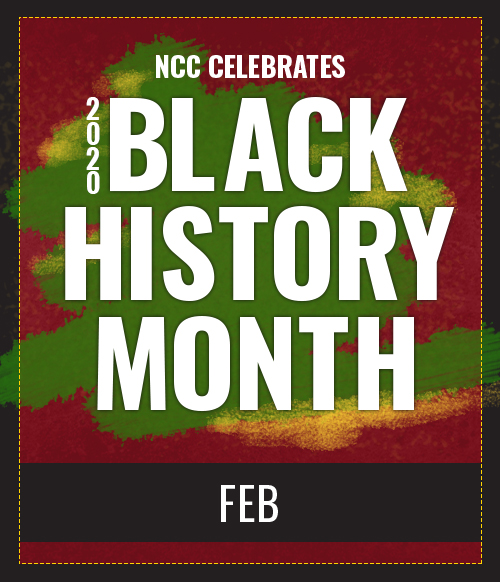 Black To The Future
Mini Conference
The New Black Renaissance: Exploring Blackness in the 21st Century 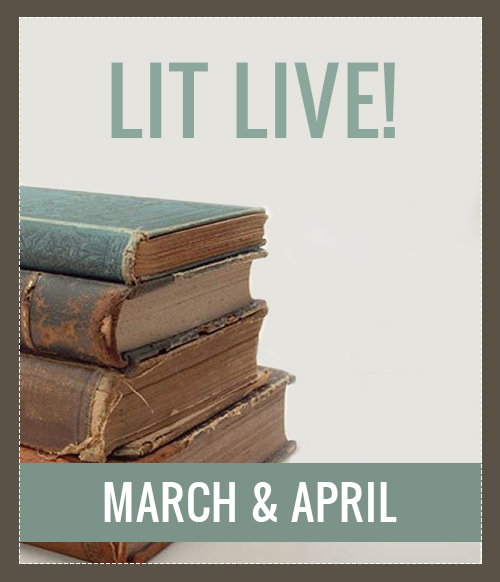 Sponsored by The Creative Writing Program, Nassau Community College’s Lit, Live! reading series brings to campus renowned writers from around the world. Among those who have read at NCC are Joyce Carol Oates, Charles Simic, Jamaica Kincaid, Yusef Komunyakaa, Tobias Wolff, Mark Doty, Marilyn Hacker, Nahid Rachlin, and Michael Thomas. These writers present their work in readings that are free and open to the public, conduct master classes and Q&A sessions for creative writing students, and meet with faculty groups.

February 25 at 5:30pm – Bradley Hall Ballroom
Mary Lannon has stories published at Story and New World Writing and her short story "A Key to Catastrophe Management" was a finalist for the Iron Horse Literary Review Trifecta Contest. Other work has appeared in Rain Taxi, Necessary Fiction, and Queen Mob's Teahouse. At work on a second novel, she is looking for a publishing home for her first novel. She has taught English at NCC for 13 years.

March 23 at 11:00am – Tower, 11th Floor
Sara Hosey is the author of Home is Where the Hurt Is: Media Depictions of Wives and Mothers (McFarland 2019), which looks at representations of women in popular culture. She’s also written scholarly and popular articles about literature, parenting, feminism, and disability; you can see some of her work at sarahosey.com. Iphigenia Murphy (Blackstone, 2020) is her first novel.

March 25 at 2:00pm – Tower, 11th Floor
Co-sponsored by the Creative Writing Program and the Women and Gender Studies Project
Nana Ekua Brew-Hammond is the author of Powder Necklace, which Publishers Weekly called "a winning debut." Named to the “Africa39” list of writers “with the potential and talent to define trends in the development of literature from Sub-Saharan Africa and the diaspora,” her short fiction was included in the anthology Africa39. Her work also appears in Everyday People: The Color of Life and New Daughters of Africa, among others. Forthcoming from Brew-Hammond are a children's picture book (Knopf) and a novel. Brew-Hammond was a 2019 Edward F. Albee Foundation Fellow, a 2018 Aké Arts and Book Festival Guest Author, a 2017 Aspen Ideas Festival Scholar, a 2016 Hedgebrook Writer-in-Residence, and a 2015 Rhode Island Writers Colony Writer-in-Residence. Every month, Brew-Hammond co-leads a writing fellowship at Manhattan's Center for Faith and Work.

March 30 at 9:30am  (Snow date: April 20) – Tower, 11th Floor
Carmen Bugan’s books include the memoir Burying the Typewriter: Childhood Under the Eye of the Secret Police (Picador/ Macmillan UK; Graywolf USA), which has received international critical praise, was a Waterstones Book Club Choice and was serialized for radio as BBC Radio 4 Book of the Week. The book won the Bread Loaf Conference Bakeless Prize for Nonfiction and was a finalist in the George Orwell Prize for Political Writing and the Dayton Literary Peace Prize. Her collections of poems are Releasing the Porcelain Birds and The House of Straw (both with Shearsman), and Crossing the Carpathians (Oxford Poets/Carcanet). She is also the author of a critical study, Seamus Heaney and East European Poetry in Translation: Poetics of Exile (MHRA/Legenda). Her work has been translated into several languages and she is a regular contributor to Harvard Review Online. She has a doctorate in English literature from Balliol College, Oxford University, UK. Her new and selected poems, Lilies from America, which won a Poetry Book Society Special Commendation, was published in September 2019.

April 23 at 1:00pm – Tower, 11th Floor
Eugene Lim is the author of the novels Fog & Car, The Strangers, and Dear Cyborgs. His writings have appeared in Granta, The Believer, Fence, Little Star, The Brooklyn Rail, and elsewhere. He is the librarian at Hunter College High School, runs Ellipsis Press, and lives in Queens, NY. 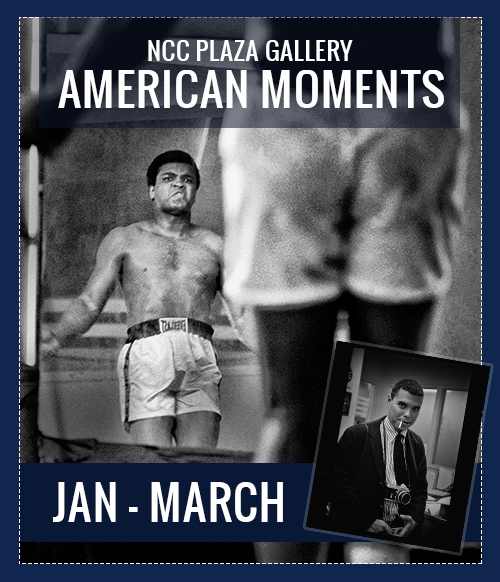 American Moments: Photographs by John Shearer is a five-part symphony of images that tell the story of a turbulent period in American history.

The collection begins with an overview of the period: from the funeral of John F. Kennedy in 1963, the 1968 funeral of Dr. Martin Luther King, and the black rage that followed. Its second movement highlights trailblazers who made a change in the American story. The third movement focuses on Muhammad Ali, the great athlete who moved beyond boxing and became an important voice against the war in Vietnam. The fourth part explores the complex social dynamics of street gangs. The collection concludes with gritty images of the Attica prison riot in 1971, which erupted over the issue of personal liberties in a system of incarceration intent on dehumanization.