Robert Hite–Imagined Histories and Other Works

Robert Hite, an artist living and working in upstate New York, grew up in rural Virginia, surrounded by a rich natural environment. However, his world also included remnants of a past laced with the turmoil of racial divide and human struggle. His sculptures, photographs, and paintings of decaying dwellings evoke emptiness and history simultaneously, as he works with sensitivity to the relationship of nature and man. Hite has drawn influence from studies of rural houses and shacks in Central and South America, Asia, Europe, the Caribbean, and the southern United States.The sculptures are built with found objects and feature dark, empty windows, distressed material, and impossible architecture. The homes stand vulnerable on rickety stilts at disturbing angles, often without doors to enter. A home should be a place of solace and warmth, but these structures seem to carry painful memories. The illusion of a lived-in dwelling cannot be avoided. How many stories unfolded behind those walls? Why do we suddenly imagine weary, ghostly faces peering back at us from another time? These implied stories are heightened when Hite installs and photographs the structures back into a natural setting, whether in the waters of the Hudson River or on a smoky hillside. A shelter placed in the merciless path of the elements disturbs the sense of safety. Robert Hite conjures voices from a buried past. 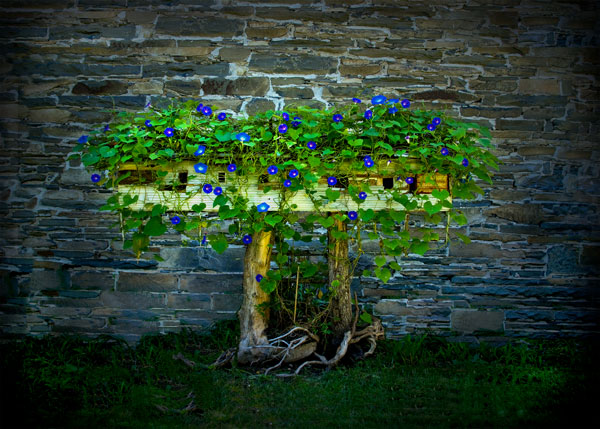 After the Storm, Robert Hite 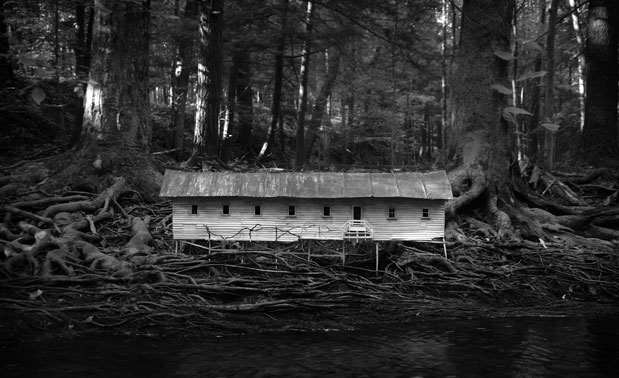 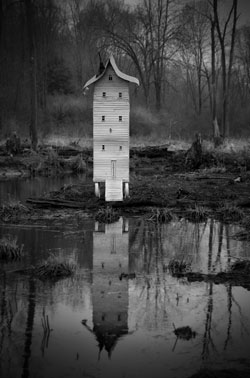