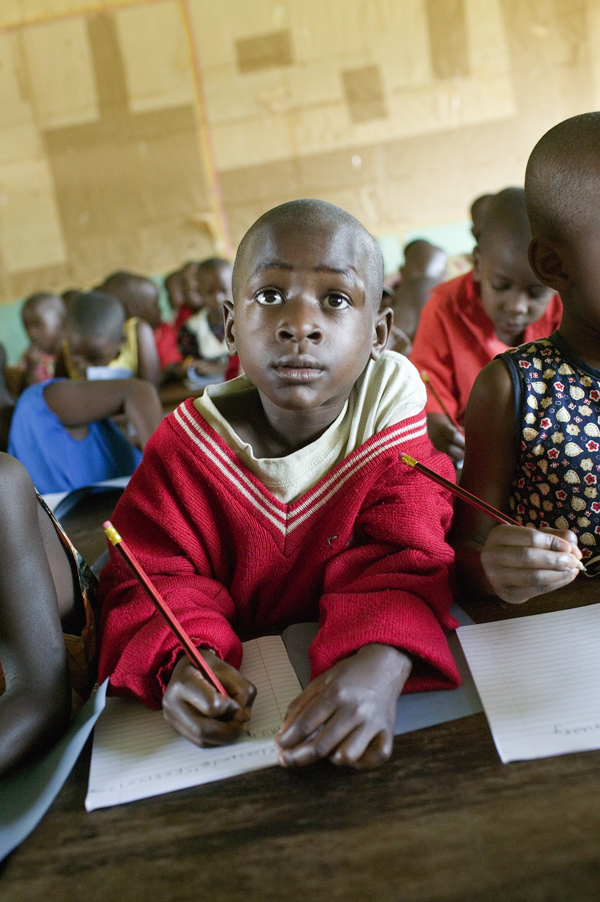 Photographs from Uganda, by Stephen Shames

Artist Statement–Stephen Shames This exhibit is about children in Uganda, who had no hope. These forgotten youngsters struggle in refugee camps, survive in families headed by children, were abducted and turned into killers and sex slaves. The world has written them off.  The photographs explore important issues that afflict children in Africa — AIDS, war, and poverty  — but with a positive twist. The children pictured in these horrendous situations joined L.E.A.D Uganda, an educational leadership organization that locates the best and brightest children living on the edges of society and molds them into leaders.. They are thriving.  We educate our orphans in the very best schools  and furnish them with everything they need to succeed, including a loving family environment which helps heal their traumas. Our scholars achieve academic excellence. They receive scholarships to top universities. Our children dream of becoming the entrepreneurs, teachers, doctors. who  will lead Africa. L.E.A.D Uganda had humble beginnings. In 2000, I was on assignment in Uganda doing a story on AIDS. I photographed the funeral of a woman who had died of AIDS leaving behind five orphans, the youngest a baby named Sarah. I formed a special relationship with Sarah who calls me “Dad.” I paid school fees for Sarah and her family, as well as a dozen other orphans from the village.  In a few short years, L.E.A.D Uganda has transformed the lives of 90 bright, motivated AIDS orphans, child soldiers, and young people in refugee camps.  It is my hope that the photographs in this exhibit will inspire you and serve as a vehicle to help the children of Africa.